Effective eye contact can be problem for live video and also for pre-recorded video, and this case study shows how even small differences in the physical positioning of devices can have a marked impact on the quality of video communication.

The importance of eye contact has been studied since the very earliest days of video communication, including techniques such as the use of half-silvered mirrors in the Video Tunnel and multiple small screens in Hydra, as well as high-cost commercial video conference rooms. The basic problem is that it is hard to both look at a camera and look at a screen. No matter where you place the camera the other party sees you looking slightly up, down, left or right.

Familiarity with video calls on mobile phones and laptops has meant some of the immediate oddness of this has faded, but still leads to difficulties in reading expressions and attention.

This cse study is being written in the midst of the Civid-19 pandemic when many are having to adapt to meetings, lectures and lessons delivered virtually, so the issues are particularly pressing at this moment, but will continue to be so as it is likely the changes in education and society will persist beyond the immediate crisis.

In a studio setting presenters will often use teleprompters that use half-silvered mirrors to enable the script to be read whilst looking directly at the camera. Furthermore both presenters and the production team are used to creating engaging content. For low-budget desktop video, we may need more rough and ready techniques.

When Alan first wanted to create video materials some years ago his first attempts used the laptop's built in camera (see below). This is positioned just above the screen and so quite close to the screen, so his eyes were looking slightly downwards towards the material on the screen, but not excessively so. 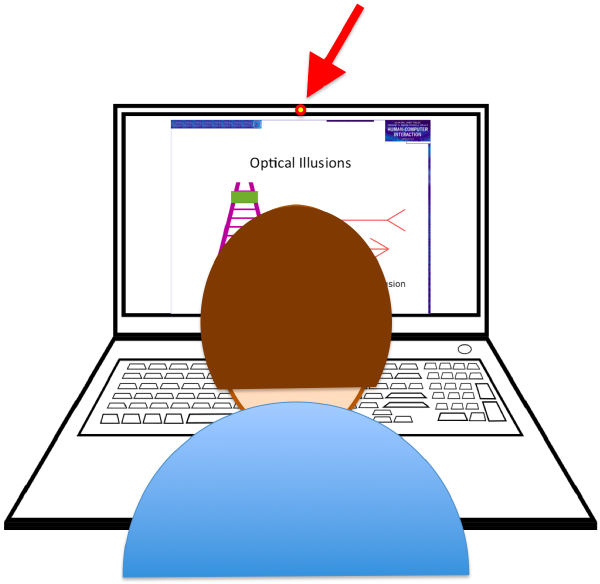 In fact, the problem was almost the opposite. Because the camera was close to the screen for the whole video, Alan found he was effectively staring directly at the camera (below). In face-to-face conversations the speaker only spends about 1/3 of the time looking at the listener and the rest of the time looking slightly away, often whilst thinking. Staring continually at the listener is somewhat unnerving! 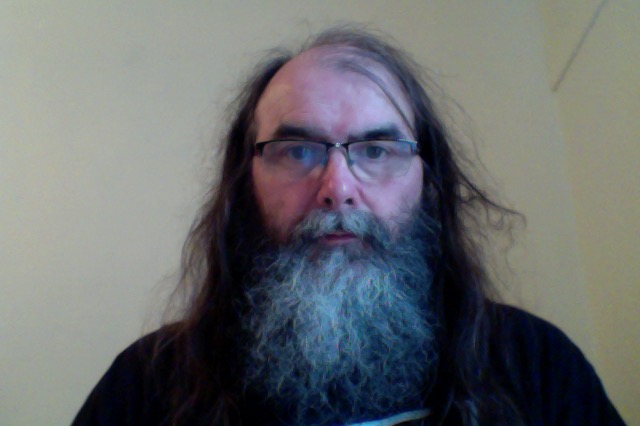 The 'talking head' video was inset alongside the screen capture and as a listener one finds oneself looking at the captured screen, not always in Alan's eye; so the fixed stare is not quite so bad as it first seems … but still not ideal. This first video is in the Dynamics of Trust case study, see for yourself what you think.

For later videos, a webcam was used, partly simply to improve the raw quality of the captured video, but this also allowed flexibility in positioning the camera. The revised layout can be seen below. 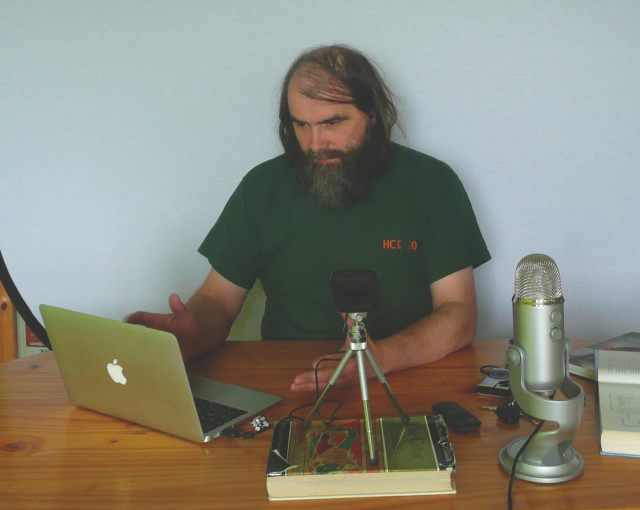 See how the camera has been placed slightly to Alan's left and slightly above te level of the screen.

At first this seems like a bad idea. When looking at the screen he loses eye contact with the audience. However, this is of course precisely what happens during a live lecture when the presenter glances down at notes or the computer to change slides.

Very quickly Alan began to see the camera as 'the audience', and would alternate talking directly to the audience and glancing down at his laptop, exactly as in a physical presentation.

As can be seen in the schematics, as he looked towards the laptop his head would drop slightly and his eyes would look slightly down and to his right. 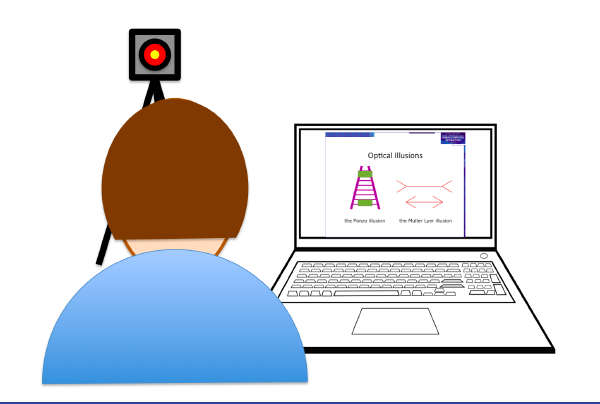 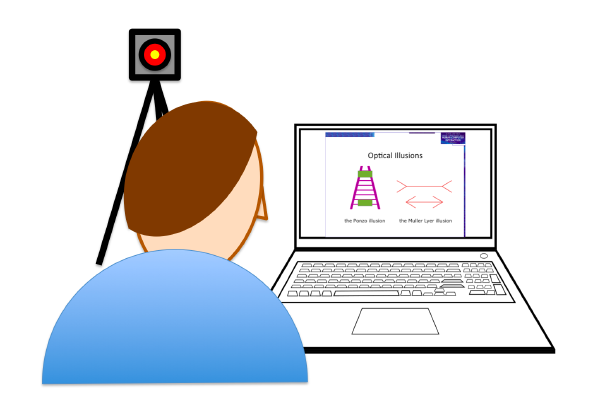 When edited (lightly!), the talking head was placed on the top right of the screen (below), in a way that mirrored to physical placement of camera and screen. See how the change in head and eye position naturally points towards the slide when Alan was himself looking at it. 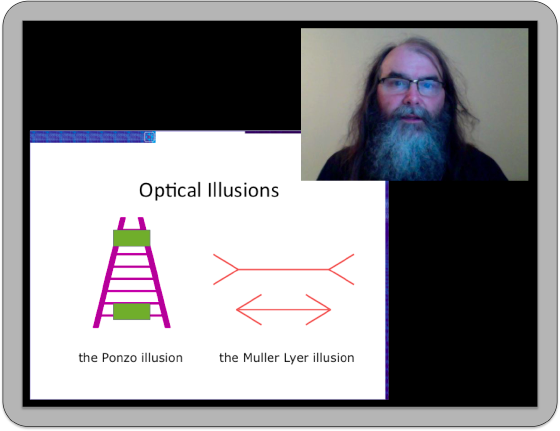 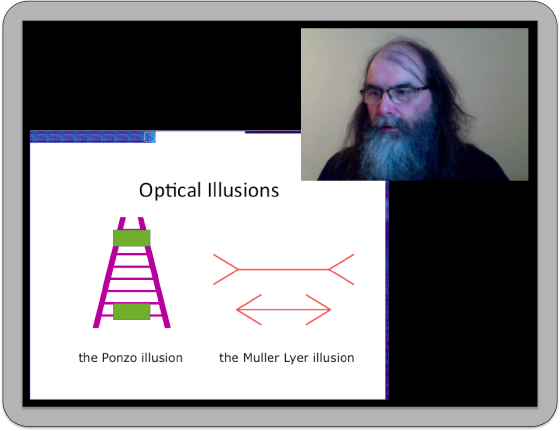 This of course still not high production value video (!), but the difference that this small manipulation made was dramatic.