Ethnographic studies of workplaces typically find that the technical systems and administrative processes, do not really fit the observed practices. Instead those on the ground develop workarounds, tweaks and subversions of the systems in order to 'get the job done'.

One example of this was in a factory. A new system had been developed in order to optimise the flow of materials through the various machines. As orders were received, the system worked out what materials would be consumed and which machines would be required for each stage of the production process. It then created an optimal schedule making best use of the machines to deliver the ordered goods as efficiently as possible. 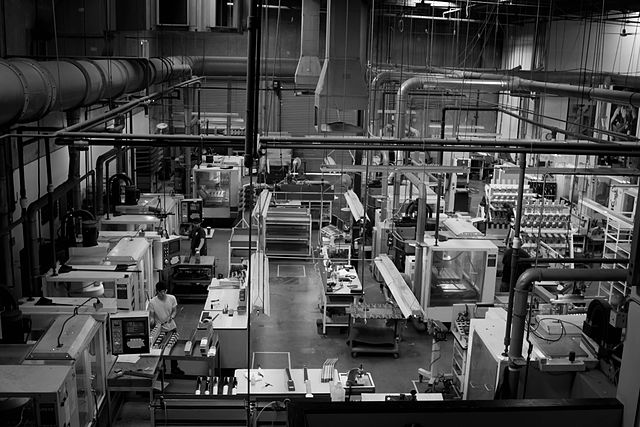 This all sounds very good. However, the salesforce were not so happy.

There were some very valuable customers who submitted regular high-income orders, but were not always very timely in submitting them.

In the past, when one of these orders came, a salesperson would tell the foreman in the factory that it needed to be a 'rush job' and it was slotted in to keep the valued customer happy. However, with the new system this was no longer possible as the machines were often fully utilised by the optimisation algorithm.

To deal with this the salespeople would submit 'ghost orders', predicting their customers likely orders. When the actual order came the chost order would be cancelled and the real order substituted. Effectively the ghost orders pre-booked machines.

Bowers et al (1995) tell a similar story of a printshop management system which was intended to support moment-to-moment information. However, the work-logging component was so inflexible one site maintained a parallel paper system and entered the information at the end of each day.