Different stakeholders may have different value systems; this can sometimes lead to conflicts. We are often faced with difficult choices during design: do we use technology to help resolve conflicts or to simply allow the dominant party (usually the employer or government) to exert power through the technology?

The UK National Institute of Agricultural Engineering (later Silsoe Research Institute) was at the forefront of research on the automation of farming including some of the early work on milking parlour automation. Street at al.(1993) describes some of the work in Silsoe on robotic systems, but this case study comes from an earlier phase, when milking cups were still attached to cows' udders by hand.

This was the days before RFID and other NFC technology made electronic tags easy and the bespoke tags were somewhat larger than the present day tag shown below. 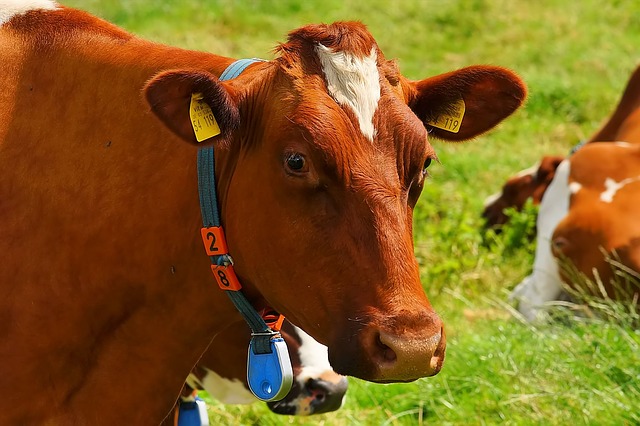 The tags were not used in the field, but read only when the cow entered a stall in the milking parlour. While the cowhand fitted the cups to the cow's udder ready for milking, the system read the tag and determined the right amount feed concentrate to give to each cow based on their individual characteristics including milk yield, weight, etc.

This all worked well, but given the technology of the time seemed a little overkill for the capital costs. The cowhand was still fitting the cups, the most time consuming part of the process, so could easily have entered the amount of food to administer.

Digging deeper, it became apparent that the real benefit to farmers was not improved efficiency in the process, but power.

This level of capital investment was only for larger farms where the cowhand was a hired employee, not the farmer or family. It turned out that there was a clash of values between farmer and cowhand.

The cowhand is present in the parlour and so the milk yield is very visible and gives a sense of worth. Left to their own devices the cowhands would feed the cows to maximise yield.

In contrast, the farmer is more focused on maximising profitability. When feeding a cow there is a point of diminishing returns: the maximum profit point is somewhat below maximum yield, beyond this while feeding extra concentrates may increase yield, the cost of feed exceeds the value of the additional milk. 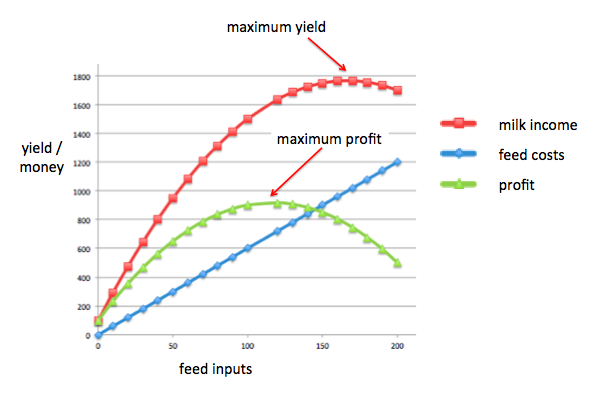 While the farmer might instruct the cowhand to stick to calculated feeding regimes, there will always be a temptation to add an extra handful – there is a clash of value systems between farmer and cowhand. The automatic feed system does not resolve this conflict, but simply takes power away from the cowhand and puts it in the system controlled by the farmer.

In general managing conflicts through coercive use of technology is likely to lead to further problems and where possible it is often best to seek to align values. For example, using technology to make the cost of feed and value of the milk more apparent, or even making some portion of the cowhand's income related to profitability of the milk business.

See the Michigan state University for an account on robotic milking systems today.